In the short-term, “yes”. In the long-term, we’re not entirely sure – but probably not for otherwise healthy kids who get appropriate treatment.

Middle ear infections: what are they?

Middle ear infections – also called otitis media – are inflammations of the middle ear. The middle ear is the part that conducts speech and other sounds from the outer ear (the bit you can see) to the inner ear. 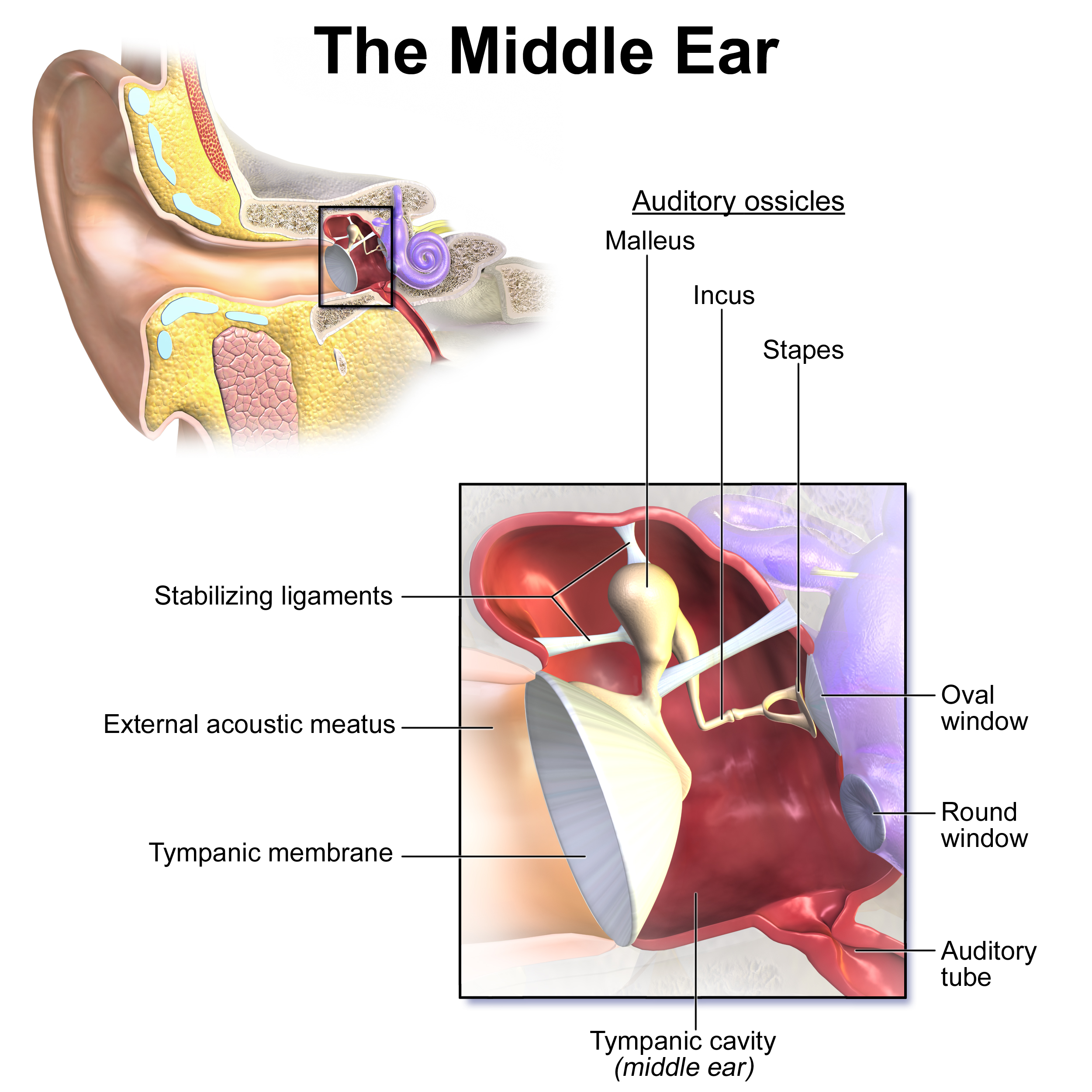 Otitis media with effusion (OME) is an inflammation of the middle ear where fluid fills the (normally air-filled) cavity (Hayves & Northern, 1996).

What are the symptoms?

Middle ear infections can cause pain, fever, irritability, sickness, lack of sleep, lack of appetite, and/or constant pulling or touching of the affected ear(s). They can also be symptom-free, and ear infections without liquid in the middle ear can be hard to see.

Bouts of middle ear infections may last between two weeks and three months, but children who have it repeatedly may have constant middle ear fluid and therefore reduced hearing levels for long periods of time.

How can middle ear infections affect speech development and language comprehension in the short-term?

Some speech sounds are harder to hear than others. For example, sounds like /f/, /s/ and “th” have high frequencies (pitches) that are hard to pick up if you have hearing loss. Children with mild or moderate hearing loss may struggle to hear plural /s/ (as in “cats”), the /s/ in third person present tense verbs like “hops”, the possessive /s/ in words like “pup’s”, and the “th” in ordinal numbers (like “first” and “sixth”). Conversely, sounds like /m/, /d/ and “oo” are lower in pitch, and easier to hear at lower volumes. You can see this in the below diagram, the so-called “speech banana”.

Hearing difficulties can also affect a child’s ability to acquire and say speech sounds. We’ve written a summary of some of the short-term speech-related red flags for possible hearing loss here.

All of these levels of response require a degree of hearing, and can be affected by middle ear infections.

What about the long-term effects of middle ear infections on speech outcomes?

The research is mixed, with the weight of higher quality evidence suggesting that the long-term effects of treated middle ear infections on speech outcomes are limited, negligible or non-existent.

Some studies show that middle ear infections increase the risk of speech sound disorders and literacy issues. But others have suggested that there is no relationship, and that short-term, treated bouts of middle ear infections do not have a long-term effect on speech outcomes. For example, there is a strong body of evidence that OME and associated hearing loss are not associated with speech problems in otherwise healthy children (e.g. Campbell et al., 2003, Roberts et al., 2004, Paradise et al., 2005; 2007).

A reasonably recent study found that a hearing impairment of more than 20 dB loss at the age of 7 years and a history of grommet insertion at any time before the age of 8 years were statistically significant predictors of persistent speech sound disorders in children aged 8 years (Wren et al., 2016). However, this study was susceptible to sample bias, with a small control group and some other methodological limitations that make it hard to compare or reconcile the results directly with the findings of earlier, larger studies.

Middle ear infections can cause hearing fluctuations and loss. In the short-term, these can have negative knock-on effects for speech discrimination, production, and language comprehension development. If managed actively, middle ear infection-related hearing loss does not appear to affect long-term speech outcomes in otherwise healthy children.

Regular hearing checks with a qualified independent audiologist can help to detect hearing problems caused by ear infections. Children with recurrent middle ear infections should see their doctor to ensure appropriate medical management and treatment to reduce the effects of any hearing issues, including on language, speech, literacy and learning.

This site uses Akismet to reduce spam. Learn how your comment data is processed.